En route to Calcutta, Charles and I discussed our anxiety over the rising tension following “The Emergency” declaration. Disturbing bits and pieces of information were broadcast daily from BBC news warning people of the extreme changes to laws and announcing that local news was officially banned in many cities. It especially concerned me after having been stuck smack dab in the middle of the coup and the war in Cyprus in July 1974. 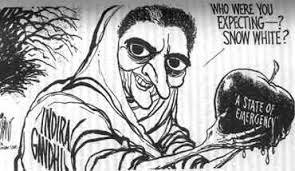 By the time our flight landed in Calcutta, we were hoping to board the next available plane to Sri Lanka. Unfortunately it was fully booked and we would have to wait three days before we could get seats on a flight to Colombo.

The airport bustled with business travelers, vacationers, and armed soldiers.

We made reservations to stay at a safe, luxury hotel in Calcutta and took a taxi from the airport there. We passed miles of shantytowns along the way; mile after mile of settlements made of sheets of metal, plastic, and cardboard. I wondered how families could survive in such a miserable environment.

Our driver explained that Calcutta was home to many poor people and beautiful colonial-era palaces showing styles imported by the British, the Portuguese, and the French.”A blend of the old and new,” he said.

“The poverty is shocking,” I told Charles. “Much worse than we saw in Bombay or New Delhi.”

With limited time to see the highlights of Calcutta (the former capital of British India, and the capital of the Indian state of West Bengal), I made a list of MUST SEE sights. Our driver gave us information about places that might be of interest.

I wanted to see the Victoria Memorial. More white marble. Charles insisted we fit an afternoon at the horse race track into our schedule. I asked our driver about the Royal Hotel.

“Best Mughlai food in all of India,” he said smiling. “It’s in the Chitpur district. Not far from your hotel. Started as a roadside eatery. Been serving Biriyani and Mutton Chap since 1905.”

“Our hotel clerk in Agri told us about it,” I said.

“Try the rumali roti along with a dish of Firni,” he added, then went on to explain how the mutton swims in a delicious gravy that melts in your mouth.

Just listening to him made my mouth water and I drew a big star by that journal entry. “Sounds heavenly,” I said.

As we neared the city, the traffic became more chaotic and much louder. Blaring horns and screeching brakes surrounded us. I thought about the glaring contrast of images in India—from the desperate to the privileged.

“And I thought driving in LA was stressful,” I said to Charles.

He nodded, gripping the door handle as our taxi swerved to avoid an accident.

A few blocks from the hotel, our driver pointed to a tall, fortress looking building. “That’s the Oberei Grand Hotel” he said proudly.

Pulling into the fancy entrance, beggars approached. The driver shooed them away and a hotel bellman hurried to welcome us and collect our luggage.

I smiled and said hello, happy to have reached a peaceful place amid the squalid chaos. How blessed we are, I thought, to afford a refuge from the outside bedlam.

A news broadcast was on and I heard a television reporter claim that “The Emergency has put Indian democracy to death.” In the discussion, another reporter said, “the matter is extremely urgent and the situation is dangerous.”

Checking in, I asked the hotel receptionist if things were getting worse.

She shrugged, not keen to talk about it openly. “No problems for tourists,” she assured. “Travel rules have changed for Indians.”

“That happened to us in Cyprus last year,” I told her. “Foreigners were allowed to leave the country, but not Cypriots.”

She asked about life in Cyprus before the war. I told her it was paradise … until it wasn’t.