An excerpt from my next book about crossing the Indian Ocean in monsoon season in 1975. 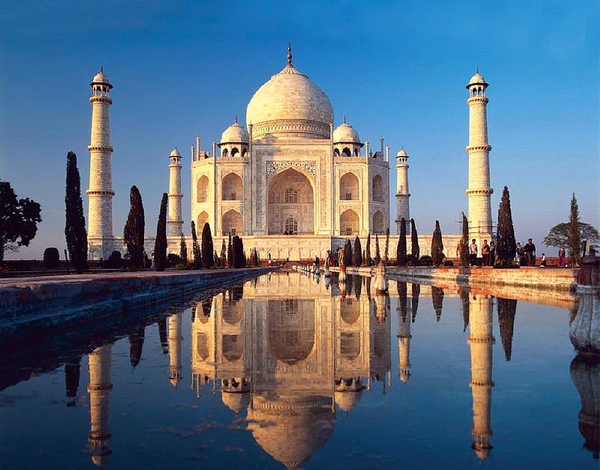 We thanked our tour guide and left the magic of the magnificent Taj Mahal behind, and took a rickety cycle rickshaw back into town along a crowded street filled with potholes, constant clatter, markets, bazaars, peddlers, and the usual, always skinny, sacred cows. Traffic along the narrow road came to a halt as a small team of men surrounded wandering cows and attempted to gently coax them out of the way. One cow refused to budge and another knelt down in the middle of the road for a rest and to finish munching vegetables thrown out by street vendors. Our driver explained that the cow was a holy animal and could not be harmed, and feeding them was like receiving a blessing.

Since we were only a short distance from our hotel, Charles suggested we pay the driver and walk the rest of the way. We ascended into the chaos of blaring taxi horns and shouting rickshaw drivers. I gasped at the sordid sight of starving beggars with limbs missing, slumped amidst haggling housewives in the market stalls. And the sad sight of skinny cows pulling carts behind bullock drivers. Walking along the crowded street, I felt out of sync with the rhythm of poor Indians. India clobbered me with its scenes of despair. Seeing poverty this close up overwhelmed my senses with despair for the doomed of humanity. These disturbing images made me want to stop the world and get off. The heat and the repugnant smells of dung and decay didn’t help.

Why is the cow sacred when humans aren’t?

I thought of all the gold-threaded saris I had seen in the airports and on planes worn by the wealthy and contrasted this to the miserable plight of the lower castes; India’s system of segregation. My thoughts and emotions overpowered me. I called to Charles,“I feel like I’m going to faint.” He assured me the hotel was just around the corner.

And just in time, we entered the pristine clean of our hotel lobby. Taking a deep breath of sweet, sandalwood incense, I paused and felt refreshed by the fragrant air.

I told the hotel receptionist about the cows roadblock earlier and asked her why the cow was sacred.

“For many reasons,” she said. “The cow gives us milk and ghee. It represents life and the sustenance of life. And, it takes nothing but grass, water and a few grains.”

“They’re vital to life in India,” she answered.

14 Replies to “Sandalwood and Sanity”