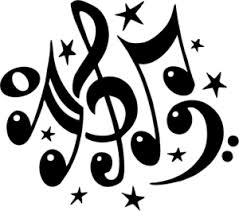 As a kid, I had dyslexia and talked funny, said things backwards. But when I would open my mouth to sing, all the words flowed beautifully. Music was my therapy and helped give me confidence.

If someone laughed at me, I would think, wait ’til you hear me sing. I’ll show you talent. And sure enough when I opened my mouth and belted out a song, the person who had laughed was speechless because I knew how to hit the high notes, the low notes, and I could harmonize with anyone.

Or so I thought … until Germany. I often sang duets with my friend who owned a jazz club where she entertained guests most evenings. Another friend of mine helped behind the bar. One evening, the bartender friend shared that she would love to be able to sing, but couldn’t carry a tune. I assured her that everyone can sing something, with practice. She smiled and told me she could do other things well, but not sing.

Wanting to encourage her, I suggested we sing a song together—after the bar closed . A song of her choice. She said her singing would just make me laugh. I promised not to laugh.
“Okay.” she shrugged and giggled.
“What would you like to sing?” I asked.
“Somewhere Over the Rainbow.”
So I sang the opening verse and encouraged her to join in. “Come on,” I said, starting the song over.
“S-ome wher-er,” she tried to hit the notes, but ended up sounding like she was purposely singing off-key.
“Falsetto?” I asked.
She tried again. “See I told you,” she said laughing.
I stifled a grin and we tried one more time.
“S-ome wher-er,” she tried to sing it.
“You’re right,” I said, bursting out laughing.
She giggled, then laughed.
I howled laughing and laughed so hard, I had to excuse myself and go to the bathroom.
When I returned, she asked, “Now, do you believe me?”
I held my sides and laughed again. “I do. You could give Tiny Tim a run for his money singing Tiptoe Through the Tulips.”
“I told you so,” she said, putting wine glasses back on their shelves.

I had to reconsider. Everyone can sing something? Well, maybe not something well…

Year later, after she became a world class chef and owned a catering company in Washington, DC, I met her for dinner. one night and we reminisced about our attempt to harmonize on “Somewhere Over the Rainbow.”
“Were you purposely trying to throw me off key?” I asked.
“No,” she said. “I knew then I needed to learn to cook since I obviously couldn’t sing for my supper.” We shared another good laugh.