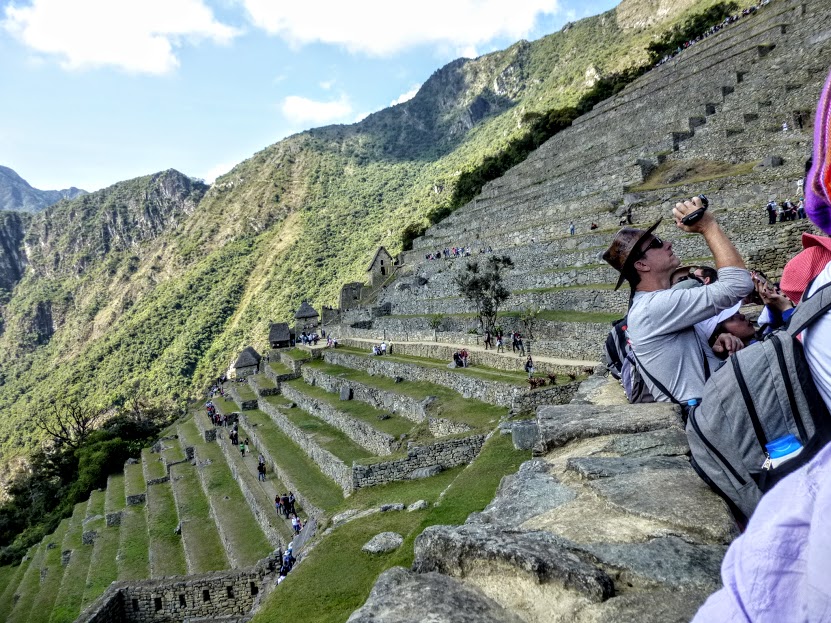 Our travels this year took us to ancient sites in Peru and Bolivia! An amazing journey! 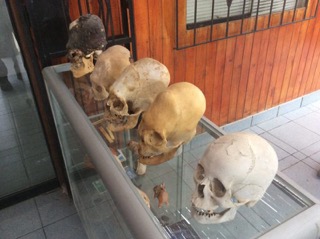 We visited the Paracas History Museum and inspected dozens of elongated skulls and other from the Paracas, Nazca, Wari, Cincha, and Inca cultures. I swear some of those skulls looked alien to me. 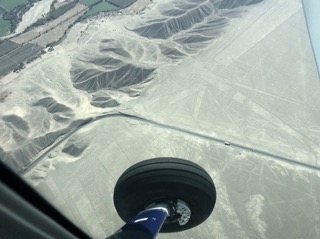 We flew over the Nazca Lines in a small 12 seater plane and inspected the mysterious ancient geoglyphs in the Nazca Desert in southern Peru. We had a bird’s eye view of hundreds of figures, made of straight lines and geometric shapes etched in the surface of the desert pampa sand. Most clearly visible from the air, our pilot did wing dips, side-to-side, so we could have the best possible views and click some super snapshots. We did.. The best-known geoglyph is “The Astronaut” at 32m in length discovered by Maria Reiche in the 1960s.

We travelled by boat to see the uninhabited Ballestas Islands. Rich in marine life, the islands are home to sea lions, pelicans, Peruvian boobies and Humboldt penguins. On the way our boat captain detoured to give us a closer look at a huge geoglyph in the form of a candelabra that sailors in ancient times used as a coastal reference point. The Candelabro, almost 500 feet high, is a bit of a mystery. Theories abound about who created the figure and why. I was satisfied with the most scientific sounding explanation — aliens.
On July 12th, we flew from Lima (sea level) to Cusco (Elevation: 11,152′) When the doors of the plane opened, I felt as if life got sucked out of me. Most others on the tour also experienced high altitude shock in one form or another. Unfortunately my vision became impaired. Fortunately, with time, it is slowly improving. According to my ophthalmologist, I have a macular pucker in my left eye. Bet the aliens didn’t have that problem.

And the highlight of 2016 for me was climbing to the top of Machu Picchu, Peru. 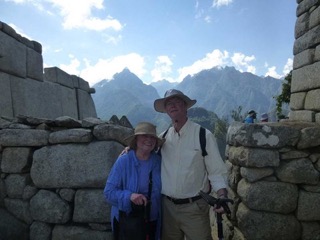 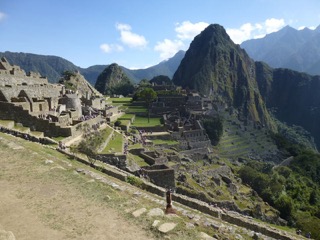 What is your most memorable moment of 2016?