Living Life to the Fullest

Featured Author of the Day 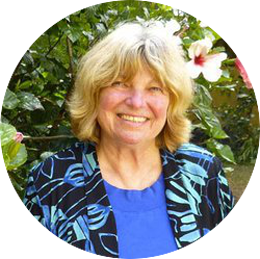 Susan Joyce is an exceptional woman and creative author whose life story reads like riveting fiction. She has done it all – travelled the world, lived in several countries, experienced a war up close and personal and lived to tell her story. Today, Joyce chats with us about culture shocks, how she discovered after nine years of marriage that her husband wasn’t who he pretended to be and how dreams serve her in life.
The Lullaby Illusion id on promo 10-13 June 2016 Only.99
AMAZON .COM LINK: www.amazon.com/dp/B00FHBBSO4
AMAZON UNIVERSAL LINK: smarturl.it/LullabyIllusion
AMAZON UK LINK: www.amazon.co.uk/dp/B00FHBBSO4

In the early hours of Saturday morning, on 20 July 1974, I awoke to the distant drone of aircraft. Stunned, I sat up in bed and listened. Planes. Getting louder. The realization sent shivers down my spine. I placed my hands over my heart. “Oh, my God!” I gasped. “It’s the Turks!” I looked at the clock—5:20. The crack of dawn. I jumped from bed and screamed, “The Turks are attacking.”

It happened 40 years ago today but I still remember the details vividly; the sights, the smells, the sounds, the taste of dirt and rubble collapsing around me as I ran under the stairs for shelter.

My peaceful life in Cyprus was blown apart first by the Greek Officer’s coup on 15 July 1974, followed five days later by the Turkish invasion on 20 July 1974. Thousands of lives were shattered forever by the atrocities, including foreigners who like me who lived there. To this day I marvel, bewildered at how at how a tranquil place, seemingly paradise, could be rendered a living hell in the space of a few days. The fighting between Greeks and Turks almost started a world war because two NATO allies fought against each other. The island of Cyprus remains divided by a line cutting across the capital of Nicosia–the world’s last divided capital.

And there are conflicts and atrocities happening all over the globe; In Syria, Tunisia, the Gaza strip, Ukraine, the Central African Republic, Republic of Congo, Egypt, Mali, Nigeria, Somalia, Sudan, and South Sudan.

The vast majority of casualties in any war are civilians, who neither want war nor gain anything from it. Quite the opposite. War defeats the human spirit. What will it take to bend history, and honor the will of the people over that of their “leaders?”

High school students from Greece, Turkey, and the divided island of Cyprus meet each year for a week-long summer camp hoping to pave the way to a permanent peace between the countries. For centuries they coexisted and lived peacefully, side-by-side, until the early 20th century when political manipulation created nationalist movements to turn them against each other.

I lived in Kyrenia, Cyprus in the early 70s and witnessed the Greek coup on 15 July 1974 and the Turkish invasion on 20 July 1974. Thousands of lives were drastically changed forever by the atrocities of war. Of which I was one.

I urge you to support this initiative to win peace in the region. 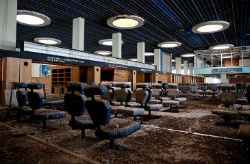 Evacuated from Cyprus following the war in 1974, I remember looking out the window of the helicopter and gasping at the sight of scattered, charred remains of a place I had known and loved. I wept. My heart ached.

For years following the war, I marveled, bewildered, at how a tranquil place—which seemed like paradise—could simply go away. Unravel, disintegrate, and become a living hell in the space of a few days.

The Lullaby Illusion, my memoir, tells my struggle to find answers, to fit together pieces of a life shattered by the coup in Cyprus on 15 July 1974, followed five days later by the Turkish invasion on 20 July 1974. Thousands of lives were drastically changed forever by the atrocities, including foreigners who happened to live there. Of which I was one.

Knowing today, almost forty years later, that more than 2,000 of the country’s one million population are still missing I mourn and am reminded that in war there are no winners—only survivors.

DERYNEIA, Cyprus — Time virtually stopped in 1974 for the Mediterranean tourist playground of Varosha. When Turkey invaded Cyprus in the wake of a coup by supporters of union with Greece, thousands of residents fled, and chain-link fences enclosed a glamorous resort that it’s said once played host to Hollywood royalty like Elizabeth Taylor.

The town’s crumbling, war-scarred beachfront hotels have become an emblem of the country’s division between Turks and Greeks. In 40 years, few have set foot inside the town, which remains heavily guarded by the Turkish army and twists of barbed wire.

But that grim scene could present a rare opportunity

A few weeks after my memoir The Lullaby Illusion was released, I heard from several friends who lived in Cyprus during the Cyprus War of 1974—people who, like me, witnessed the atrocities firsthand. One man (Don)who contacted me was a boy of five when the war happened.

I first met Donnie when he was living with his family in Kyrenia, Cyprus in the early 70s. A few years later Donnie and his family were with me and a group of other civilians stuck in a UN Camp in the hills above Kyrenia during the war in July 1974.

On our third day in the camp a sudden and loud burst of close range gunfire pinned us to the ground as Greek and Turkish soldiers surrounded us and began firing shots at each other. “Move!” I screamed. “We’re under attack.” Noticing a small boy asleep on the ground, face up and alone a few feet away, I crawled over to him and covered his body with mine until the firing soldiers moved on. Then I picked him up and ran with others down the hill toward a ravine. END_OF_DOCUMENT_TOKEN_TO_BE_REPLACED

“Help us reach our aim of achieving peace on our divided island, Cyprus! #peace http://thndr.it/1bqeqQl”

I lived in Cyprus in 1974 and personally witnessed the war that split this beautiful island. Help these determined young people make the world aware of their goal to achieve peace on their divided island.

New book details the harrowing personal journey of a young
American woman facing seemingly insurmountable situations while living in the Middle East and Europe. After many miscarriages and the loss of a child in childbirth on the island of Cyprus, Susan seeks solace by creating art and recording her vivid dreams. Through difficult life changes—Cyprus’s bloody coup and war in 1974, a rescue from a sinking ship in the Indian Ocean, learning
of her husband’s secret life, and surviving his deadly assault in Belgium, she discovers her “ticking clock” is not the child she fails to produce, but rather her creative potential.

Following her vivid dreams and intuition, she successfully reinvents herself as an artist and writer. From beginning to end, Susan Joyce reminds us of the stream of awareness that flows through all of us.

A hell of a tale…

Amid the gripping account of her final days living in Cyprus as war broke out and bullets flew past, what moved me most was Susan’s spirit through the difficulties life throws at her. This true story gives honest insight into the complex emotional turmoil we all experience for various reasons, and shows how it is always possible to see the positive and build our life afresh exactly as we choose to live; not to long for what might have been. An uplifting, inspiring and triumphant story.

…like riding the roller coaster of life, exciting and engrossing, funny and sad. A real page turner. I was sorry to read “The End.”