In addition to the linked photos, I have posted  photos given to me by a UN employee. Because of its historical significance, I have created a page instead of a blog post: More firsthand accounts of the Cyprus invasion, July 1974. 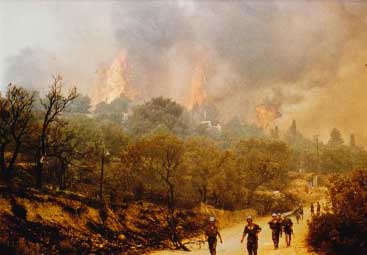 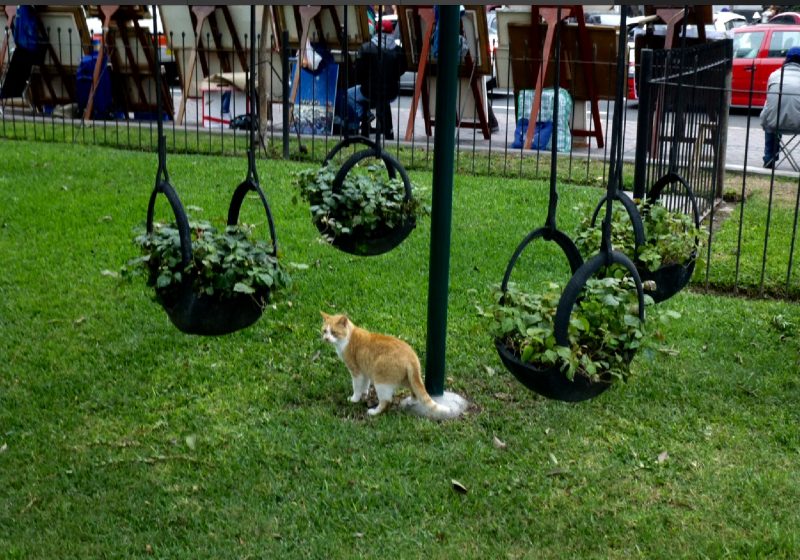 Lima Peru public park where hundreds of cats are adored and taken care of daily with food and water. And care if needed. Perfect place to sit and get your cat energy renewed. A treat! 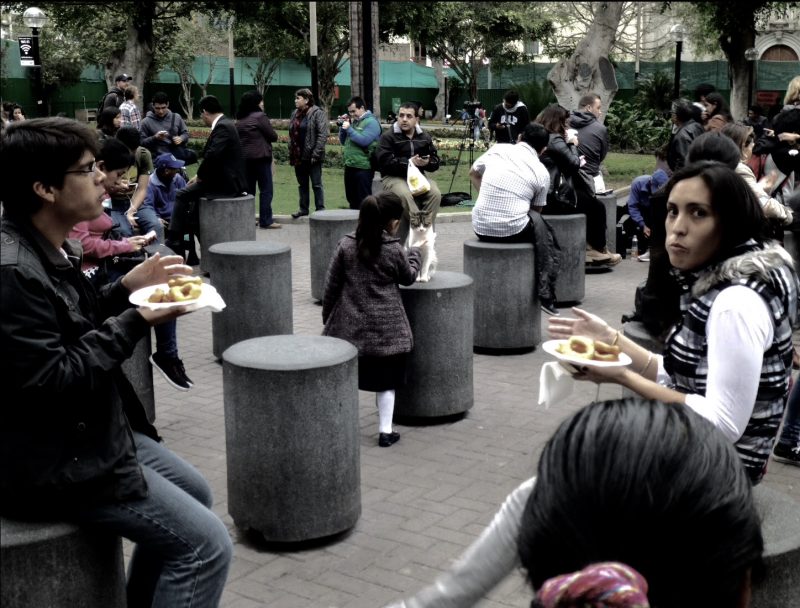 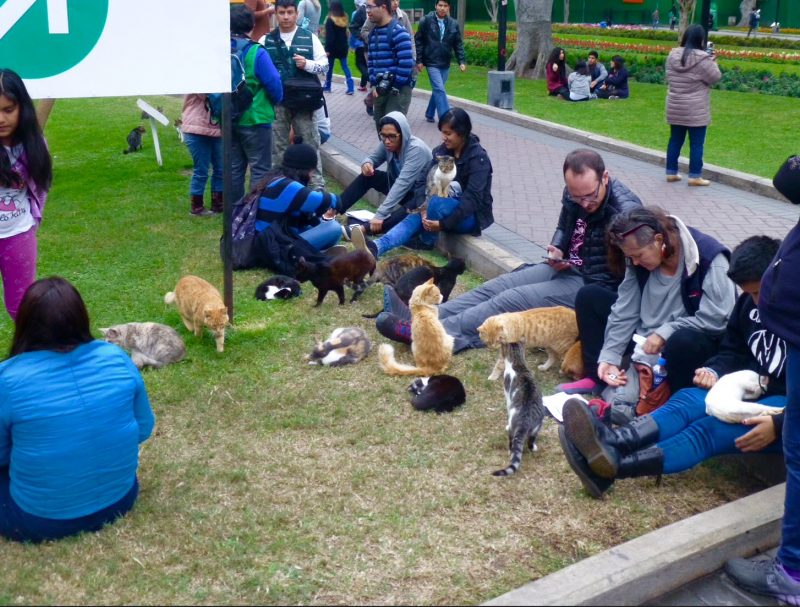 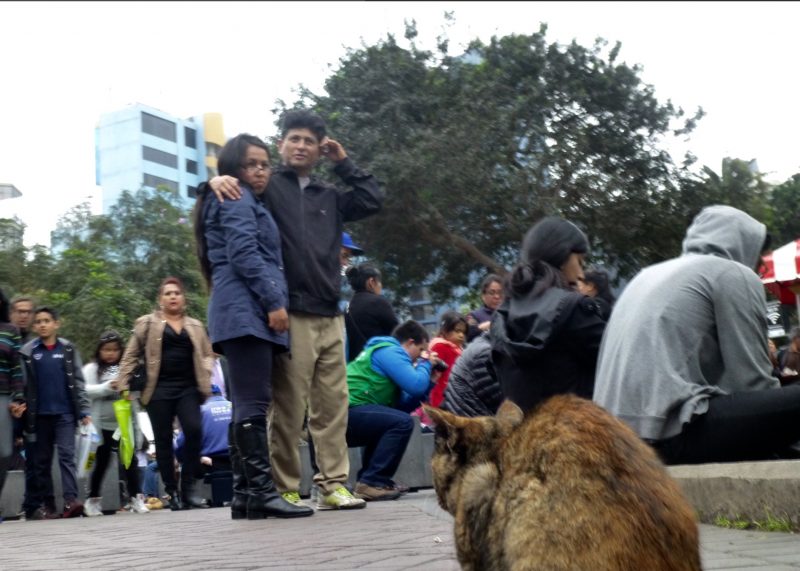 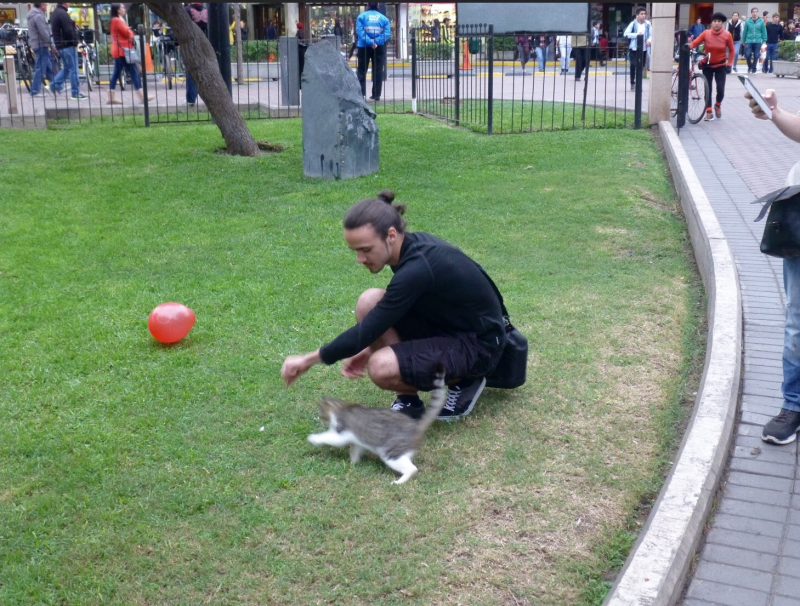 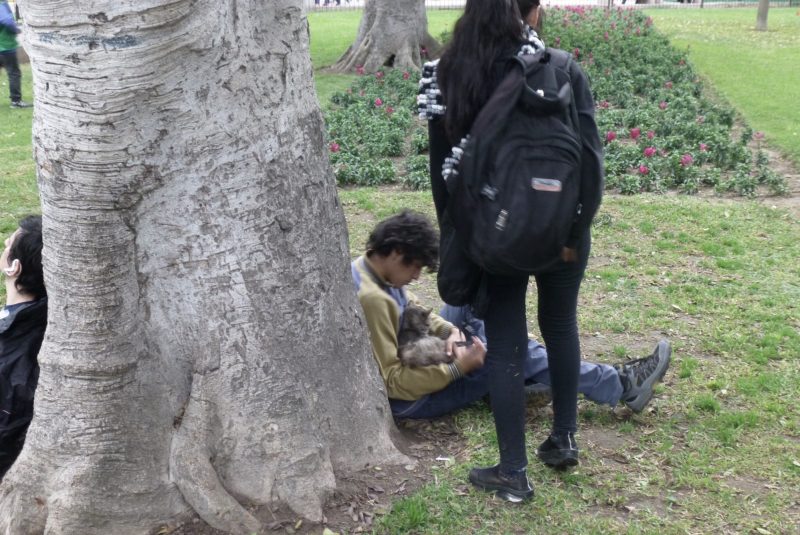 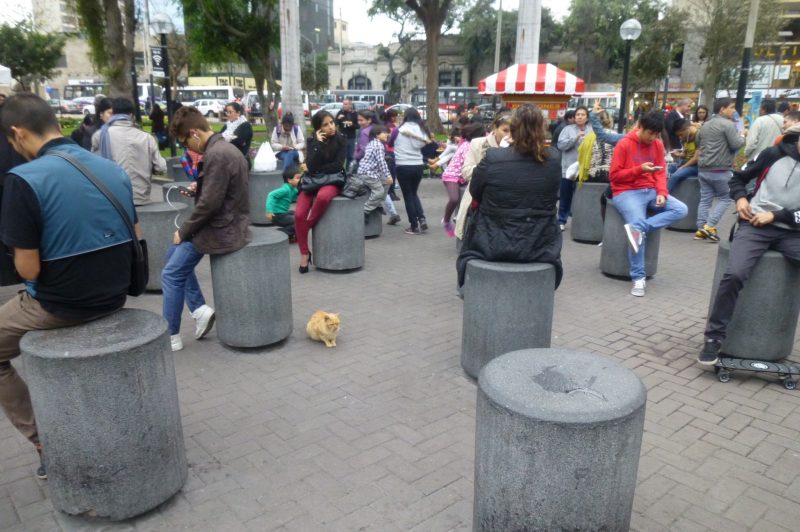 I smiled and said hello, happy to have reached a peaceful place amid the squalid chaos. How fortunate we are, I thought, to afford a refuge from the bedlam outside.
In the lobby, I heard a television reporter claim “The Emergency has put Indian democracy to death.” In the discussion, another reporter said, “the matter is extremely urgent and the situation is dangerous.”

Checking in, I asked the hotel receptionist if things were getting worse.
She shrugged, not keen to talk about it openly. “No problems for tourists,” she assured. “Travel rules have changed for Indians.”
“It happened to us in Cyprus last year,” I told her. “Foreigners were allowed to leave the country, but not Cypriots.”
She asked about life in Cyprus before the war. I told her it was paradise … until it wasn’t.
Nodding, she went on to explain the central location of the hotel (near the central business district, markets, and cultural landmarks), walking distance to Park Street and shops, and handed me a brochure about the hotel’s colorful history. Interesting reading.
In the early nineteenth century, it was the private residence of a Colonel Grand. After his death, it was purchased by a Mrs. Monk and converted into a boarding house, and later expanded to include more buildings on the block. A theatre, owned by a Mr. Stephen, was also on the same block. When the theatre burned in 1911, Mr Stephen bought out Mrs. Monk and redeveloped the entire block into the modern hotel with a pillar-less ballroom.
“Love the classic style,” I said, looking around.
“The exterior reminds me of ancient Greek and Roman buildings,” Charles said.
“Yes, Neoclassical,” the receptionist replied.
Proud to share what she knew, she went into even more detail. The hotel became a popular meeting place for foreigners and the country’s leading figures. It was known for its annual, and extravagant, New Year’s Eve party in the ballroom where twelve piglets were released each New Year’s Eve and anyone who caught a piglet, got to keep it.
I laughed, trying to imagine the bizarre scene. And why would anyone want a piglet?
Mr. Stephen, and several other hotel employees and guests, died in a typhoid epidemic in the 30s and the hotel was closed. Mr Oberoi, the present owner, purchased the property in 1943. During World War II some 4,000 Allied soldiers stayed in the hotel. Parties happened on a regular basis, including the U.S. Marines’ Annual Ball.
She pointed in the direction of a grand chandelier and an old wooden piano. “The piano is hand made and over 160 years old.”
“Wow,” I said, almost overwhelmed by the elegance of objects in the lobby.
We were shown to our room on the third floor, overlooking a lush garden. Charles enjoyed a smoke break on the balcony while I wrote notes in my journal, wanting to catch my first impressions while they were still fresh.
We walked around the area later in the afternoon, and saw more glaring contrasts; old dilapidated buildings and sleek modern ones. Old European, from the British Raj, imposed on a messy Asian cityscape. The streets were crowded with beggars, and my eyes watered from the polluted air. I felt as if I was choking on grit and grime. We decided to escape the confusion and disorderly masses, and head back to our hotel.
Dining in our elegant hotel restaurant that evening, I again felt blessed to be able to afford the luxuries of life and the smell of sandalwood incense.
“To the good life,” I clinked my wine glass with Charles’s.
He smiled.
The following morning, we telephoned the airline to see what flights were available; possibly one later in the evening with a connection on to Colombo. We were put on a wait list.

We decided to brave the hustle-bustle of Indian life once again and visit the Indian Museum; a short walking distance from our hotel. The hotel clerk gave us simple directions for getting there taking mainly side streets. She told us locals often call it ‘Jadughar’ as in house of magic. “You’ll see,” she said. “It’s fun.”
The main street was crowded with buses belching diesel fumes, and every type of transportation one could imagine. No one on roller-skates, but we did pass a sedan chair carried by four skinny men. The man seated in the chair was dressed in all white.
“Bet he’s a holy man,” I commented.
A few feet further on we saw another sedan chair carried by four more skinny men. The man seated was dressed in orange.
“Think he’s holy as well?” Charles asked.
“I do,” I replied.”Or rich.”
Entering the portals of the Indian Museum, we realized we needed several hours, maybe even a full day, to view all the hundreds of items on display in six different sections; Anthropology, Art, Archaeology, Geology, Zoology, and Economic Botany.
We hired a guide to show us the highlights. He told us the museum was founded in 1814 by the Asiatic Society of Bengal, and the curator was a Danish botanist. As the oldest and largest museum in India, it was established to collect, care for, and display natural and man-made objects. It housed rare collections of any and everything one can imagine; from antiques, armor, fossils, mummies, ornaments, skeletons, and Mughal paintings and sculptures.
“In this museum,” he said, “you can find the history of man’s evolution and know the history and culture of Indians from ancient to modern times; from the end of the medieval era to the beginning of modernity, showing the amazing socio-cultural and scientific achievements of India.”
“A bit like discovering a cache of hidden treasures,” I commented.
He showed us his favorite displays: a 4,000-year-old mummy, an urn said to contain the ashes of Buddha, some rare coins, fossils, and fascinating stone carvings called Gandhara art. He explained it was Buddhist art; a merger of Greek, Syrian, Persian, and Indian art. He said Gandhara was an ancient kingdom and an early name for Pakistan.
He motioned us to follow him to see the preserved animals. First he showed us hundreds of stuffed birds and smaller animals. Next he showed us a stuffed elephant, a stuffed hippo, a stuffed rhino, a gorilla, lion, and tiger too.
“Amazing,” was all I could say.

Leaving the museum, an hour later than planned, I told Charles “I can understand the pride the Agra hotel clerk felt about Calcutta. Such a rich and vibrant atmosphere. It’s the most impressive museum I have ever seen anywhere in the world.”
“It is. Shall we try the Calcutta street food he also recommended?” Charles asked, pointing to a street vendor selling kathi rolls.
We ordered one each of the chapatis filled with juicy mutton kebabs, fried egg, and tender chicken pieces. It was as delicious as the hotel clerk promised it would be.
“A perfect blend of sweet and spicy flavors,” I said, wiping juice from the corners of my mouth.
“And it’s fiery,” Charles said. “Like a Mexican taco.” They were so tasty, we ordered more, and made our way to a saner, quieter place. In our case it was a temporary fortress called the Oberei Grand Hotel.

The taxi drove us to the river bank and agreed to wait for us.

The night was warm. The steps to the water’s edge were filled with pilgrims making their way over the sandy bed of the Yahuna River. For some reason I expected a cremation ceremony to be serene and quiet. Heavens no, the atmosphere was electrifying, with action all around us. Rowboats waited near the shore to take visitors along the river for a quieter viewing.

As far as I could see, the shores of the Ganges, Hinduism’s holiest river, was dotted with dancing fires. Dusk descended, candles were lit, and I watched people of all ages assisting in the rituals.

Planks of wood were measured and weighed to make certain the
correct amount of firewood was used, according to the physical size of the deceased. Funeral pyres were built. Holy men stood in a long line,chanting verses, while waiting to perform the last rites. Bodies were wrapped in several layers of cloth, set on wooden planks, and taken to the sacred river for cleansing. After the cleansing, the body was placed on a pyre and the fire was lit. The evening was alive with a fiery glow, and the sounds of ringing bells and beating drums.The odor of burning flesh filled the air. I covered my nose, watched and waited with others for the moment when bones burned to ashes, and the soul ascended to heaven.

Amidst the chaos, I felt a calm, an appreciation for being witness to the departure of so many souls. A sacred moment.

We returned to the hotel for dinner and an early night. Of course I had many questions for the hotel clerk on duty.

“What happens after the cremation?” I asked.

“The focus changes to purifying relatives of the dead. Exposure to the corpse makes them impure.”

“Wow,” I said, “I thought it was beautiful watching relatives clean and wrap the body.”

“The eldest son or male relative shaves his head and wears a white robe and pours milk over the pyre.”

“Yes. Family members wash and pass under a cow yoke and pray to the sun, and walk away. Never looking back.”

“How long is the mourning period?”

“Ten to thirty days, depending on the caste, and the age of the
deceased.”

I thanked her for answering my questions. We headed to the restaurant for dinner.

We asked your opinion of a couple of variations of a cover design we ordered (at the bottom of this page). Although nicely done, it was from a low-cost designer, which means the design process is fairly minimal. For a fixed price, you get a design, period (pretty much). We started looking through hundreds of photos, and found one that better conveyed the sense of turbulence (physical and emotional) that runs throughout the story.

So please have a look and share your thoughts!

What appeals to you, and what doesn’t, and why? 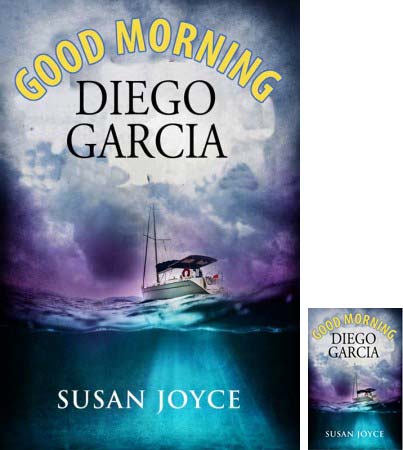 Initially, the web site editor picked a photo of American barbeque to represent Uruguayan asado, which is almost sacrilege! (Quickly corrected when we pointed it out 😉

Apparently Uruguayans and Argentinians get great amusement out of seeing North American ads for “flame-grilled” steaks. In Uruguay and Argentina, flames never touch the meat. The wood is burned on the side, and the coals raked underneath the meat, which cooks at surprisingly low heat for a not-surprising long time.

Except for the green paint and floor, this could be our parillero. Well, that and the fact that it’s stocked with wood and actually being used. 😉 Two hours is an awful long time to cook a meal … 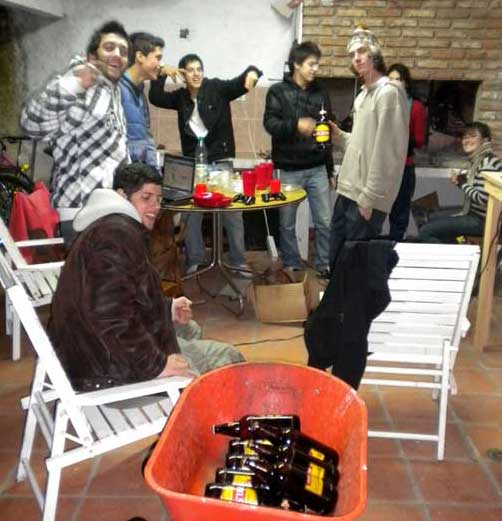 … unless you’ve got plenty of beer, friends, time, … 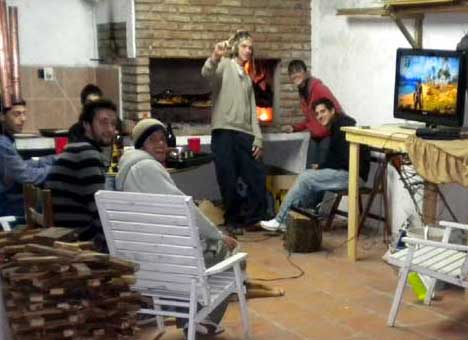 … and perhaps a Playstation and flat-screen TV ….